Lauren never dreamt that she would wind up being chased by a group of maniacs who want to “cleanse” the world. She also never thought she’d wind up with her perfect man. Both happen in this novel by Maddie Wade and it makes for an exciting, hot, and sometimes intense read.

I really enjoyed watching the cat-and-mouse romance that developed between the main two protagonists, Lauren and Dane. It flourishes all at the right time and it leaves you wanting more. The book does jump around perspectives, but I enjoy this. I think it gives you a clearer picture of what is going on. I think the ending was extended out at the end to give some closure, but I felt like maybe it was little too long. I can’t say much about that because it quickly recovered with the ending. I won’t give anything away, but seriously? What a shock!

There are quite a lot of testosterone filled male characters, all protective and wanting to be in control. I wish we could’ve seen the other side to men, characters that were different because at some point I felt like all of the men had Dane-like qualities. But that’s okay, it’s easy to do and didn’t make the story any less interesting.
Obviously, my least favorite character is Lauren’s father. From the get go, you’re introduced to his crazy obsession with power that becomes abusive. He’s easy not to like. You shouldn’t like him. Lucy, however, is my absolute favorite! She is strong, confident, happy, and genuinely a good person. At the beginning you aren’t given a lot of description of what she looks like so I always imagined her as Jordana Brewster from Chuck: 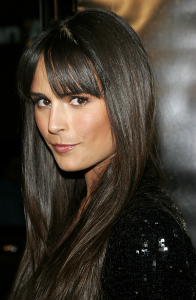 So I was a little surprised when it turns out she has wavy hair (although Jordana totally rocks that look, too).
Who did I see Dane as then? I don’t think I had anyone in particular in mind, just imagine tall, dark, and handsome and I think you’ve got your bases with Dane covered.
But I can tell you one thing. Adam Rodriguez would definitely be playing Nate! 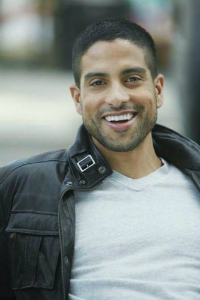 I was looking for a lighthearted, pick-me-up kind of book and that’s exactly what I got. I loved how Wade dropped twists at the right time to keep you guessing. When bad things happened I really did get invested in these characters. The close, family-like ties between these characters will have you cheering them on to victory. I would highly recommend this to anyone who is looking for a steamy read!
Star Rating Report Card:
4.71 Stars out of 5
1) Were the characters believable?
★★★★ – 4 stars
2) Did you like the characters?
★★★★★ – 5 stars
3) Does the story move at a good pace?
★★★★★ – 5 stars
4) Are there holes in the plot?
★★★★ – 4 stars
5) Is there conflict?
★★★★★ – 5 stars
6) Is the point-of-view consistent?
★★★★★ – 5 stars
7) Did you enjoy the story overall?
★★★★★ – 5 stars
Read more reviews like this one at www.TabiSlick.com
This review can also be found on: Amazon | Goodreads | Steemit
www.TabiSlick.com
authors, blog, book blogger, book review, Healing Danger, indies, Maddie Wade, Mystery, Private Investigators