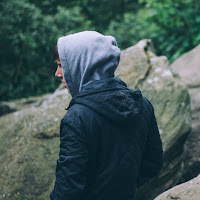 Hey everyone, this is Kain. So I’m writing this entry on the Academy’s blog. It’s my last assignment for Ms. Morgan’s class. We’re supposed to post a reflection on the past year at Tompkin’s Academy. We weren’t given any requirements, just that we were supposed to have it done today, so I chose to reflect my last year in the form of songs that got me through the year:
1. Smile Like You Mean It
After being kicked out of my own home and sent off to Tompkin’s Academy, I really could care less about putting on an act. It sucked. My sister told me to smile, look on the bright side she said, and I tried. So I guess faking it best describes how I felt at the beginning of the school year.
But I did get invited to join the school’s basketball team, so that helped make it a bit better.
2. Never Slept So Soundly
Then everything changed and my world got thrown upside down. School was still the same, but I realized I had been sleeping my entire life. I found the power within me in a dream and I woke up.
3. Born
Then I was born. Everything from my past faded away and I transcended what was holding me back. There’s something about Tompkin’s Academy that keeps me here and I know it is my destiny to find out why.

Feel free to hit me up on my facebook page here.

Peace,
Kain
ABOUT THE BOOK: 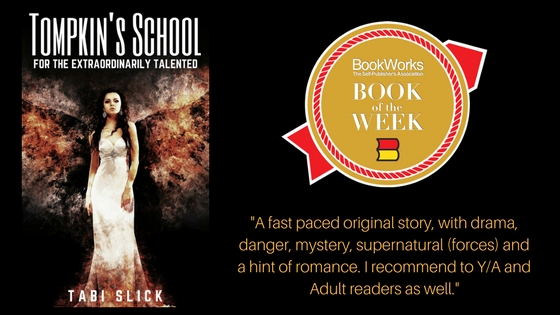 Tompkin’s School: For The Extraordinarily Talented

Synopsis:
Izara Torvik thought her life was over the moment that her father sent her and her twin brother to a boarding school in the middle of nowhere Oklahoma. She soon discovers that the school is not as ordinary as she thought and finds herself thrown into a battle against her inner demons that only have one desire…the desire to kill.
Available on Amazon HERE! 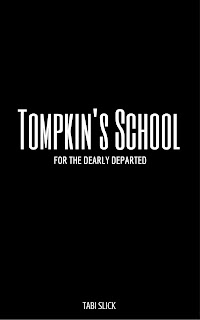 Synopsis:
Visions of the past, powers beyond belief, and a school that has been waiting for them for over a hundred years. Kain and Izara’s abilities have advanced far greater than they ever imagined possible and it’s all due to their new friend that has joined them. This year will bring the Torvik twins closer to solving the mystery of who they are, why they have these powers, and even closer to unveiling the school’s most haunting secret.
Available August, 2017!
BOOK COVER COMING SOON!
Follow Tompkin’s School on Facebook here for updates.
ABOUT THE AUTHOR: 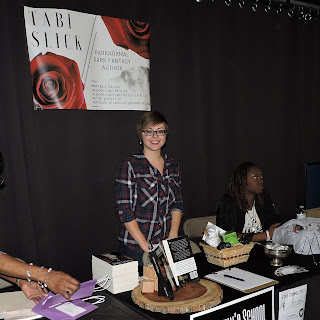 Tabi Slick was born in Kansas and grew up in the country where she was homeschooled for the greater part of her childhood. In middle school, her family moved to Davis Oklahoma where she attended public school for several years. Here she began her writing adventure and soon the world of Tompkin’s Academy came to life. After graduating from high school in 2008, she spent a few years in Puerto Rico and wound up in Texas where she graduated with a Bachelor’s degree in Linguistics from the University of Texas at Arlington. She was born with an immense appreciation for literature and continues to dedicate her time to her passion of writing.
Let’s Connect!
www.TabiSlick.com
Steemit | Twitter | Facebook | Instagram | Goodreads
www.TabiSlick.com
2017, blog, book blogger, Book Character Features, Book of The Week, books, dark fantasy, paranormal, Tabi Slick, Tompkin's School, Tompkin's School Trilogy, young adult