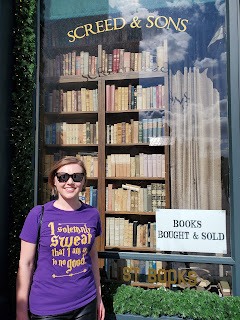 For those who are familiar with NaNoWriMo (National November Writing Month), you know that November is hectic! Mine was doubly so because not only did I make a promise to finish writing 50,000 words in a month, I also hosted Thanksgiving and took a trip to Orlando, Florida with my two siblings!
But it was totally worth the crazy hours spent trying to complete my writing goal. I’m happy to say I both completed my writing goal AND enjoyed an epic sibling vacation to The Wizarding World of Harry Potter. There were rides, there was magic, there was wand-waving and plenty of butterbeer to be had! 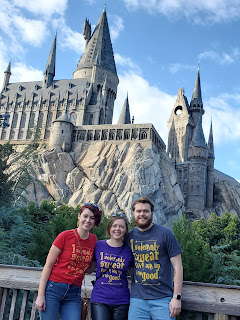 Our first stop was Harry Potter and the Forbidden Journey ride located within the nearly life-sized Hogwarts. Be sure to wear shoes that won’t fall off! This ride will swing you nearly upsidedown and your head might spin a bit in this virtual roller coaster. We enjoyed this ride so much we road it twice.
Another fun ride was the brand new ride Hagrid’s Magical Creatures Motorbike Adventure. We didn’t know that this was a brand new ride, otherwise, we would’ve gone to this ride first because the line was the longest for it. But still totally worth it! I would ride it again, but the lines got even longer so lesson learned there.
The wands are expensive, but you can’t go without getting one! We enjoyed the little places where you can wave a wand and do magic (Pro tip: Despite the instructions for each place you can do magic, it doesn’t matter how you wave the wand or if you say the spell. Just do little wrist movements and you’ll be set).

I enjoyed everything about both Diagon Alley and Hogsmeade. Even the food was super delicious!

I was also impressed with how everyone remained in character. Even when you were in the checkout line at Honeydukes the cashiers will refer to your credit card as muggle money. 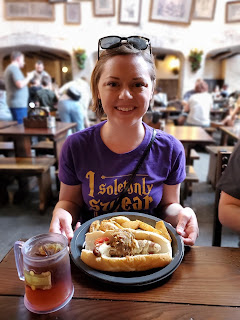 We thoroughly enjoyed this theme park. It was better than I expected and I would go back in a heartbeat! It was a dream come true, both as a writer for winning my first #NaNoWriMo, but also as a reader for being able to explore this world I read so much about when I was younger. Another bucket list item can now be checked off the list. Huzzah! 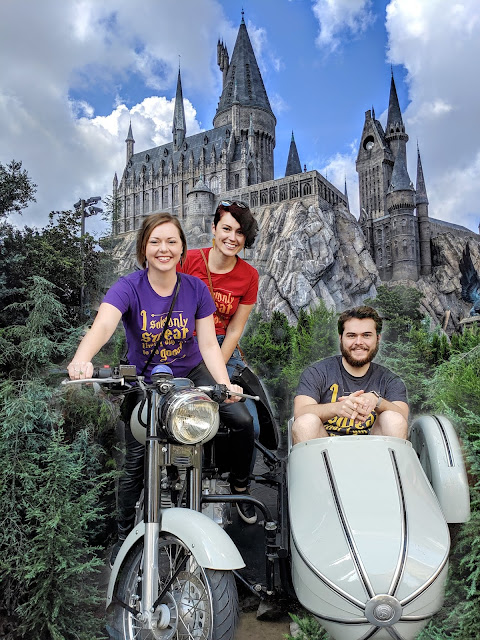