What would you think if you worked in admissions at a boarding school and received this application? Be prepared, Lawrence Bartholomew is returning to Tompkin’s Academy! 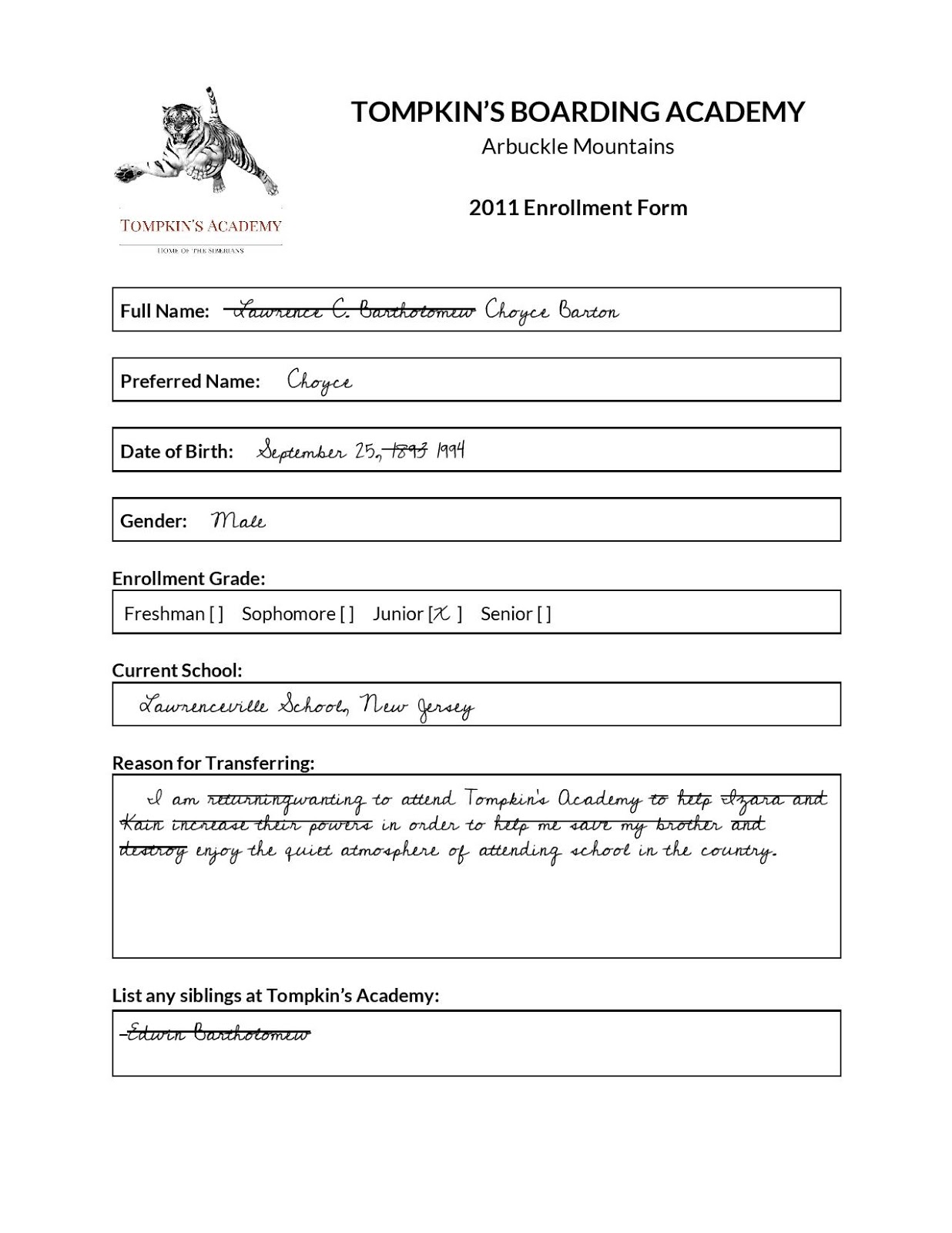 Synopsis: Visions of the past, powers beyond belief, and a school that has been waiting for them for over a hundred years. Kain and Izara’s abilities have advanced far greater than they ever imagined possible and it’s all due to their new friend. This year will bring the Torvik twins closer to solving the mystery of who they are, why they have these powers, and even closer to unveiling the school’s most haunting secret.
Available August, 2017!
BOOK COVER COMING SOON!